WCIE’s team is inspired by a common vision of serving international students, their families, and the educational institutions that serve those students. WCIE’s founding team includes the following: 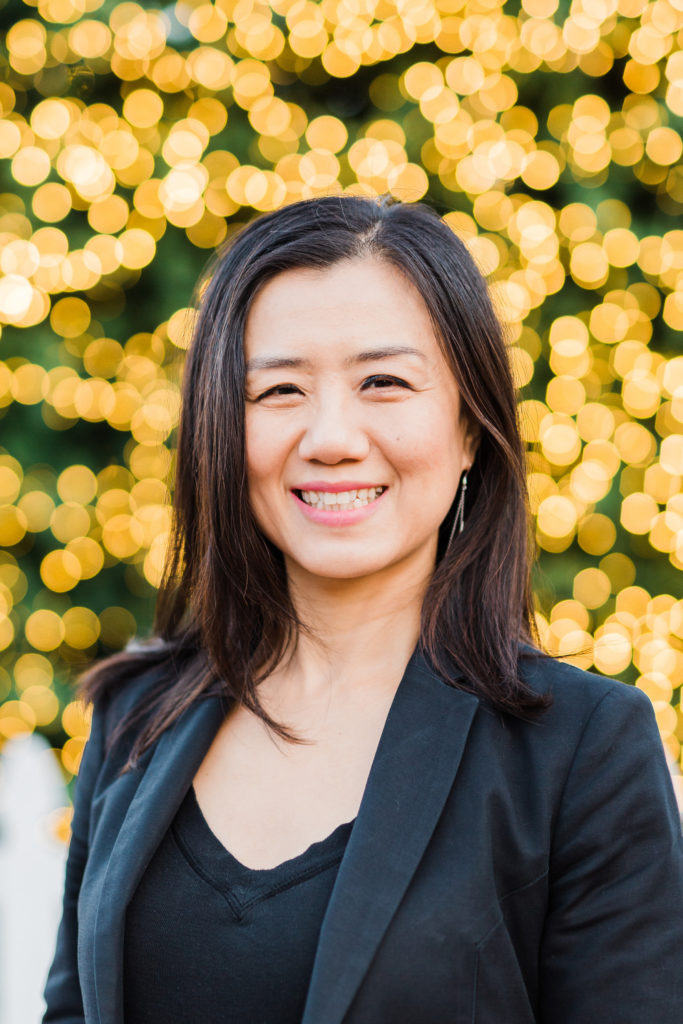 Co-Founder and Member, Board of Governors

Dr. Elisa Zhai Autry is WCIE’s co-founder and executive director. She is passionate about international education and combines an Asia-focused academic background with expertise in non-profit organization management, as well as active engagement in the international education communities. Dr. Autry serves as an affiliate professor at the Center for Asia Pacific Economic Cooperation at George Mason University. In addition to her teaching, Dr. Autry has held various roles at the US-China Education Trust (USCET). At USCET, Dr. Autry worked with students, educators, and administrators from over 75 Chinese universities. She led programs on American society and culture, facilitated international conferences, and managed relationships with partners and stakeholders. Prior to joining USCET, Dr. Autry served as a program officer at the Institute for Global Engagement, where she worked with government officials, academics, and civic communities to implement global religious freedom initiatives. Before coming to Washington, Dr. Autry was as an assistant professor of sociology at Miami University. In addition to her teaching and research, she helped the university launch its Asian and Asian American Studies program. She has published widely both in English and Chinese. Dr. Autry received her Ph.D. and M.A. in Sociology from the University of Texas-Austin, and a B.A. in Sociology and Law from Peking University. She and her family reside in Alexandria, Virginia. 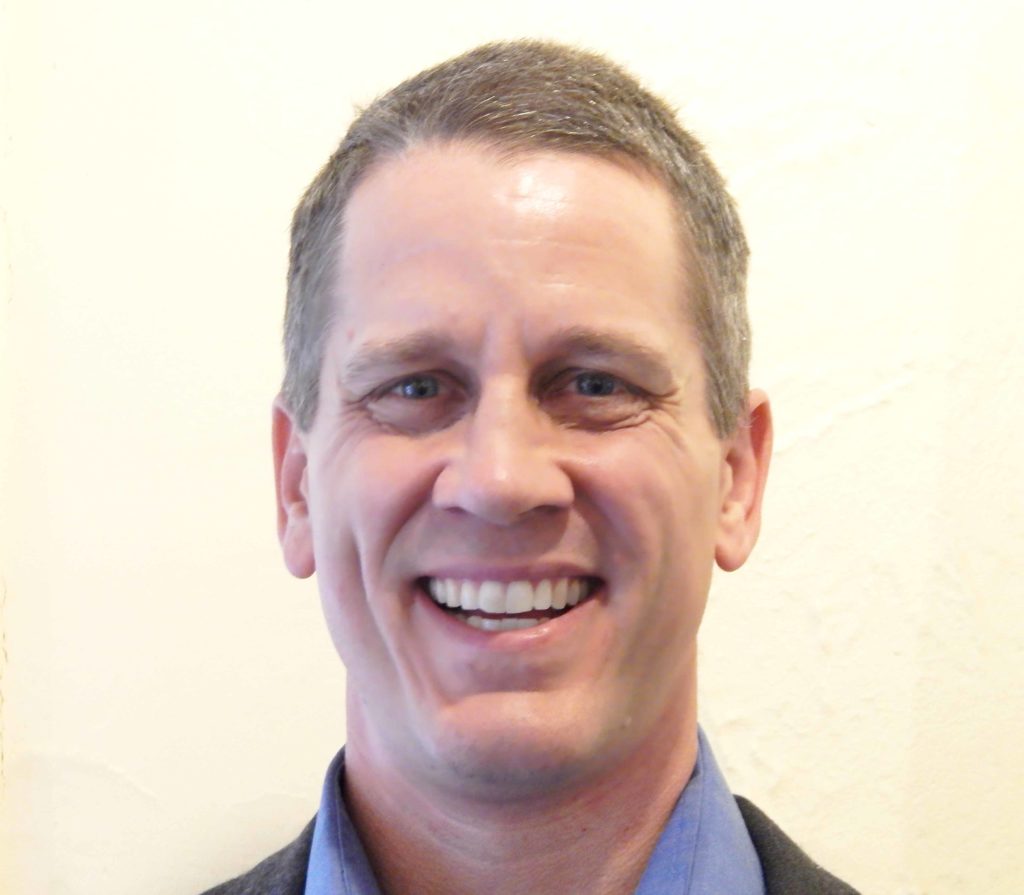 Co-Founder and Chair, Board of Governors

Paul Boesen is a WCIE co-founder and serves as Chair of its Board of Governors. He also serves as managing director of WCIE’s partner, English Now!, an English language school in Bethesda, Maryland, supporting the development of Community Service and Student Service Learning (SSL) programs that serve the school and broader international community, and also as VP-Administration of GreenPoint Group, a strategic advisory firm that connects people and resources in the United States and China. Paul’s background in education includes experience in general management as well as international program development and administration. Prior to his work in education, Paul worked in investment banking and private equity for the Goldman Sachs Group in New York, Frankfurt, and Singapore; and for the World Economic Forum in Geneva and Beijing. He also served as executive director of the US-China Education Trust; and he serves on the Steering Committee of the One Million Strong Initiative, a Presidential Initiative to promote Chinese language education in American K-12 schools. Paul’s academic background is in economics, Asian studies, and law. He is a graduate of the University of Michigan and Harvard Law School and resides in Falls Church, Virginia, with his wife, Elizabeth, and their three children. 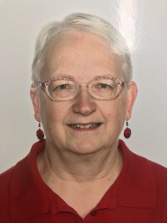 Linda Chang has always enjoyed getting to know people from around the world, learning languages and customs, and helping others learn them. Along with teaching at WCIE’s partner English Now!, she serves as coordinator of our Community Service Week Steering Committee. After completing a Master’s in Latin American Studies, she lived in Brazil for there years, teaching English, then working in the travel industry (and briefly studying Japanese). She returned to the U.S. to complete a Ph.D. in Portuguese and Spanish, teaching languages and culture classes at Indiana University, Louisiana State University, and Ohio State University. After moving with her family to Maryland, Linda completed a law degree at Georgetown, and then practiced international trade law for 13 years, including work on NAFTA and WTO cases. In 2005, she moved to China where she combined legal work for a U.S. law firm with some unique volunteer English teaching opportunities. Shortly after returning to the U.S. in 2008, she retired from law and had more time for adult life-skill ESOL classes, most recently for MCPS staff, with CASA de Maryland, and at English Now! She has a special interest in work-related English, and in finding ways to provide students with the particular English language skills they need to achieve their goals. In her spare time, she enjoys reading, hiking, and spoiling a D.C.-based grandbaby.

Linda Doornbosch is a Ph. D. candidate at the University of Twente (The Netherlands) and has a background in the field of communication and education. Her current work focuses on the role of dialogue in creating bridging social capital - which fosters social cohesion and inclusion - in an increasingly polarized society.

Linda has a passion for people and a strong belief that training and facilitating individuals and groups - with various backgrounds, values and identities - to constructively communicate and collaborate across differences, contributes to better organizations and communities.

With more than twelve years of experience as a senior lecturer and project leader of the new curriculum of the Department of Communication & Journalism at the University of Applied Sciences in Ede (which is ranked first in The Netherlands), Linda has a broad experience and deep understanding how to translate knowledge into practice, and to achieve (educational) goals. She managed to successfully use a collaborative approach to develop a strong, coherent, and interdisciplinary connected curriculum. After her recent move to the Caribbean, she now works for the Department of Quality Assurance of the University of Curaçao.

Linda is a certified dialogue facilitator of Essential Partners and speaks English, Dutch, and French fluently.

Linda holds a master’s degree in Communication from the University of Groningen (The Netherlands) and is a certified Teacher of Higher Vocational Education. 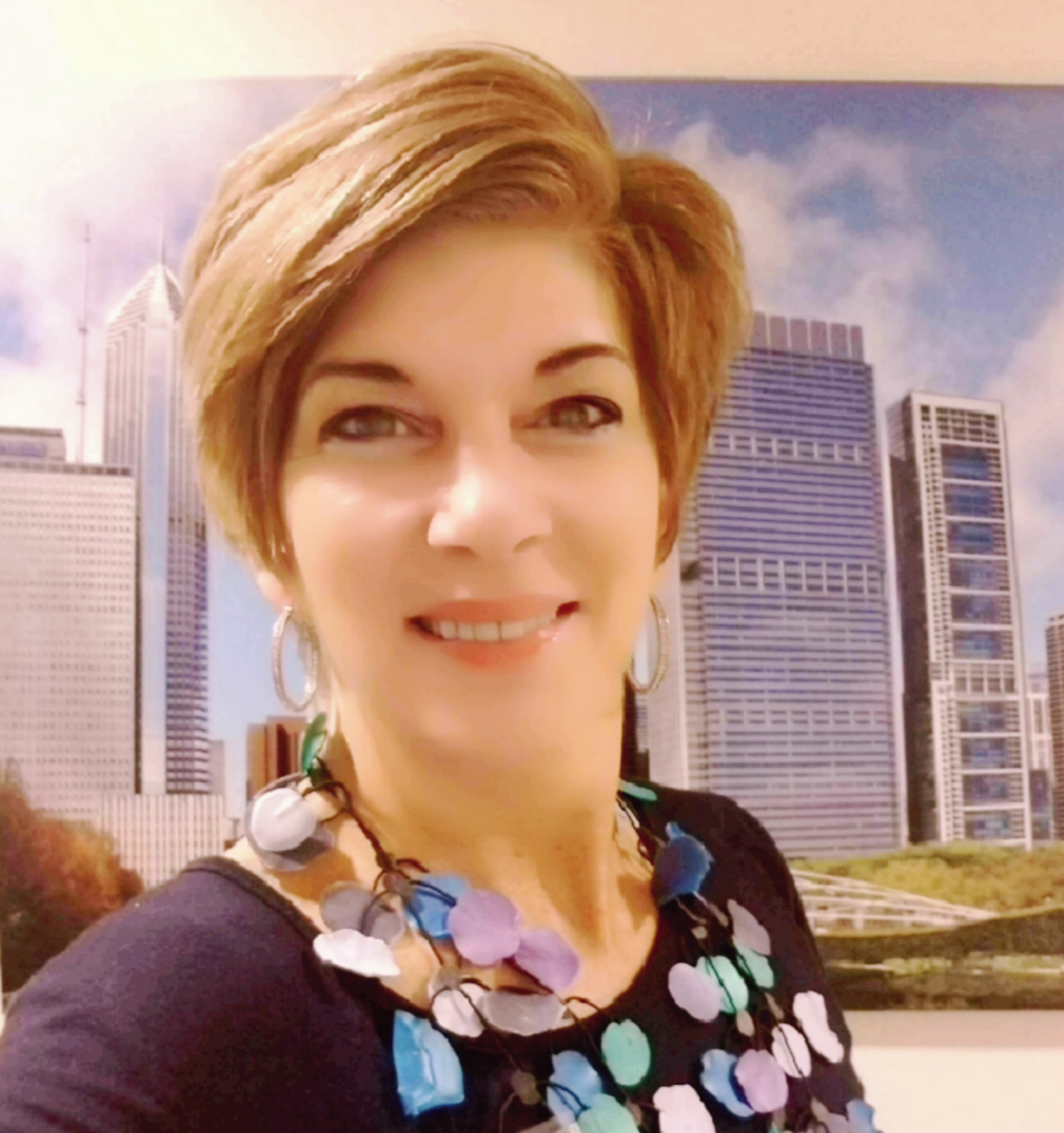 Amy Hansberger is an experienced educator who has been working with high school- and college-level students in international education programs for over 20 years. Amy enjoys focusing on students’ speaking skills as well as cross-cultural training, reflecting her background in French language teaching and cross-cultural studies as well as ESL. Amy taught initially for many years in the Chicago area but has recently relocated to Bethesda. She enjoys sharing her commitment to linguistic proficiency with students in both English and French with students in the greater Washington, D.C. area (and sometimes beyond via lessons taught online!). Amy’s enthusiasm for languages began as a result of having immigrant parents, family located around the world, and work in international student exchange programming. She has studied Graphic Design & French Literature and pursued continuing education with professional organizations such as the AATF (American Association of Teachers of French) and ACTFL (American Council on the Teaching of Foreign Languages). Here in the Washington D.C. area, Amy is affiliated with American Councils on International Education, where she volunteers and is licensed as an evaluator of incoming students on J-1 and F-1 visa programs. Amy enjoys using curriculum that invites students to deeper understanding of cross-cultural perspectives & life skills, as well as English for use in dynamic presentations and negotiations. Amy resides in Bethesda, Maryland. 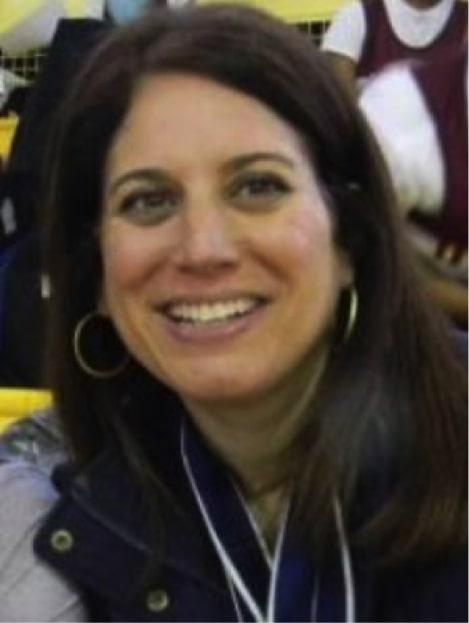 Susan Kay serves as Co-Program Director of WCIE’s Youth Facing the Global Refugee and Migration Crisis program, as an English Language Instructor at English Now!, and also teaches at American University and Montgomery College. Susan’s path to the field of international education began when she was an attorney for the Legal Aid Society in New York City for a largely immigrant population in need of representation and assistance navigating the complicated legal system. When she first moved to Washington, D.C., she worked as an attorney for the Federal Election Commission monitoring the public funding of Presidential campaigns, but later decided to focus again on helping people conquer language barriers. She volunteered at the Washington English Center, where she taught students from countries all over the world who were trying to obtain U.S. citizenship. After returning to school and completing Georgetown University’s TEFL program, she taught students in a private language school and at the Arlington County Public Schools’ REEP program for adult immigrants. Susan has a B.A. from Barnard College, Columbia University and a J.D. from the George Washington University Law School. She lives in Washington, D.C. with her husband and two sons. 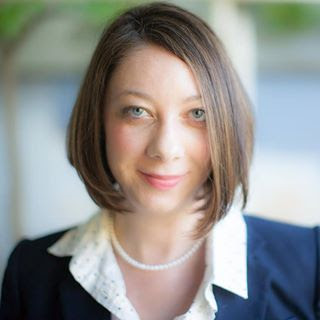 Amanda Wilder serves as Program Director of WCIE’s Youth Facing Racism program. Amanda is an educator who has been teaching English since 2008. She loves helping students reach their academic, personal, or professional English language goals. She has enjoyed teaching in a wide variety of settings from elementary schools to universities. Amanda received her M.Ed. in TESOL from the University of Maryland and subsequently taught at the Maryland English Institute there before moving out West to teach at University of Denver’s English Language Center. Amanda has also completed extensive training in academic coaching and ran a popular coaching program specifically designed for English language learning students at the University of Maryland. As a former professional ballet and modern dancer, and an arts education advocate, Amanda loves to incorporate both visual and performing arts into her teaching to make learning English more fun and accessible. 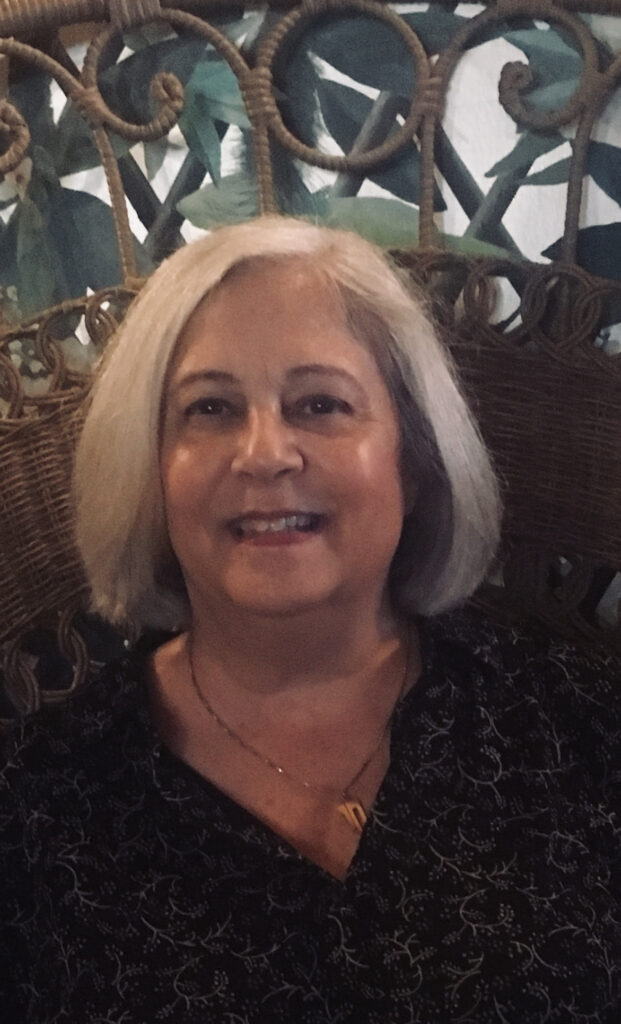 Nancy L. Wolf serves as Co-Program Director of WCIE’s Youth Facing the Global Refugee and Migration Crisis program and as an English Language Instructor at English Now! Nancy is an international educator with a background in international relations and the law. After growing up in Fairfield, Connecticut, Nancy went to Smith College where she majored in Latin American Studies and then to The Fletcher School of Law and Diplomacy (Tufts University) to get her Masters Degree. Not content with two degrees, Nancy then went to law school at George Washington University to obtain her J.D. and spent many years as a lawyer with and partner at two D.C. firms where she specialized in communications law. After leaving the law, Nancy returned to her first love – the classroom. She’s taught ESL at the Washington English Center since 2017 and received her TEFL Certificate from Georgetown University. When not preparing lesson plans, Nancy reads and writes, loyally attends meetings of her book club and writers group and watches British crime series on Netflix. Nancy met her husband, Jim Pavle, on the first day of graduate school. He is a native speaker of Macedonian , and Nancy knows a few choice words in that language. Nancy and Jim have lived in Chevy Chase, Maryland for over 35 years; they have two adult children, two brilliant grandchildren, and a very special, 14-year-old three-legged rescue dog named Howie.